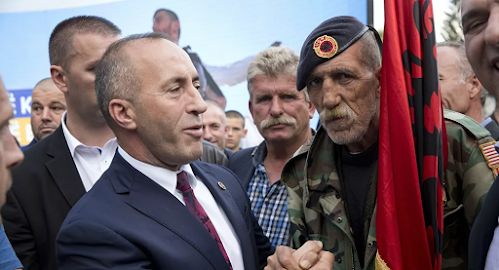 SManalysis Sputnik © AP Photo / Visar Kryeziu 19:37 19.01.2021 Announcing a referendum on the unification of Kosovo and Albania Ramush Haradinaj is in fact a blackmailer of the West, and his words are said to represent the election program directly in Belgrade and the whole Balkans, said career diplomat Zoran Milizujevic and added. Milovojeviћ considers that Haradinaj's statements are not just empty speeches made in the pre-election frenzy, already announcing political radicalization in Pristina. "Hardinaj is in fact instructed that the Greater Albanian idea is not dead and is...
Eingestellt von navy um 18:00 Keine Kommentare: 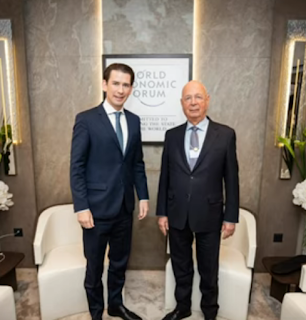 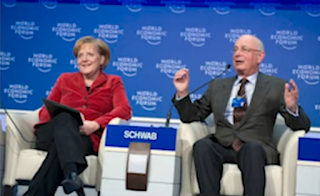 Quelle: GLOBALISTS‘ WORLD RESTART AND THEIR PLANS FOR US — FACTUALITY 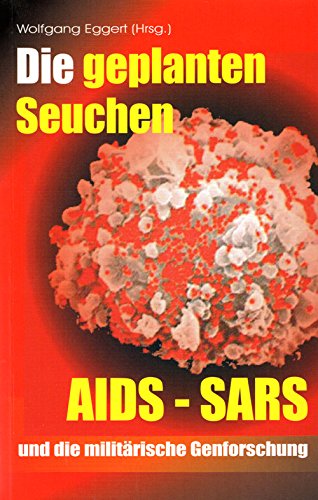 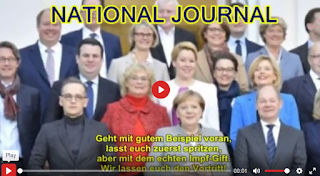 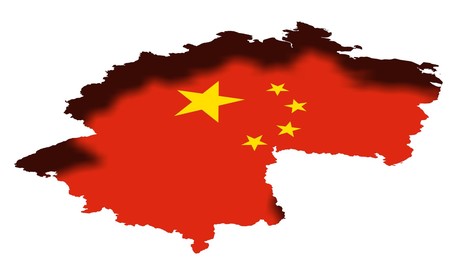 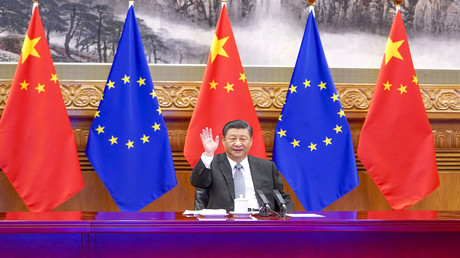 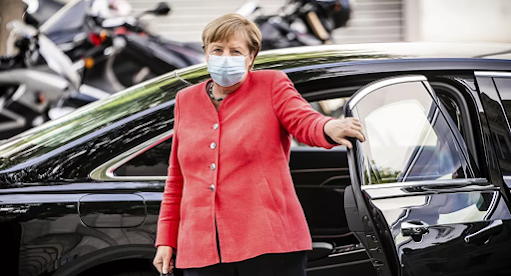 POLITICS Sputnik
20:13 30.12.2020
German Chancellor Angela Merkel dethroned Joe Biden, Bill Clinton, Madeleine Albright and other US officials who were considered favorite leaders among Kosovo Albanians.
Political analyst Dragomir Andjelkovic sees this turn in the budget of Albanians - they need Germany now and are trying to create the illusion of Merkel's popularity in Kosovo. to the other offered candidates, with 66 percent. Immediately behind it is Turkish President Recep Tayyip Erdogan with 14 percent, while the Americans won only nine percent of the vote.
Albanians know that the Germans will have the main say
Andjelkovic notes that the epilogue of this research may be a consequence of the rationality of Kosovo Albanians.
Secret contract: Americans sent armored vehicles to Pristina
"Albanians have always been pragmatic and have always tried to realize their interests by relying on some force that they think is dominant in the region." "They understand that Germany will have the main say in the Balkans when it comes to the West, and that Biden's victory does not mean America's return to the Balkans, but giving Washington the green light to Berlin to be a factor that will try to impose what the West wants." our interlocutor.
Our interlocutor notes that the big question is whether the result of the research is really a reflection of the Albanian public or the Albanian elite behind such research.
Maybe the elite emphasizes the Germans, but ordinary Albanians ...
"Research has always been rigged and does not necessarily mean that it is accurate. It is more likely that this is the attitude of the Albanian political elite, which understands that they need Germany, so they are trying to create the illusion in Berlin that Germany is so popular in Kosovo. I don't think most Albanians can be mature enough to realize that it's in their interest to show this kind of loyalty to Berlin and it's probably among the citizens of America itself, that is, Biden is still more popular, but those who can fake the survey probably figured they it pays to bring the German ground to the forefront ", explains Andjelković.
Our interlocutor reminds that Biden constantly emphasized cooperation with Berlin and affection for Euro-Atlantic cooperation, so it can be expected that he will let Berlin be in the forefront when it comes to Kosovo, as well as be on the side of Germany.
Is the secret in Merkel's plan?
"Trump had a conflict with Berlin, and unlike him, Biden will not have it either in terms of the EU or in terms of conducting politics in the Balkans. Therefore, it is clear that the Germans will have a key role in the dialogue between Belgrade and Pristina ", concludes Andjelković.
Source Government of Kosovo: Germany is arming Kosovo and Metohija with cannons and missile systems - with a wink from Angela Merkel
The possibility that Merkel won the sympathy of Kosovo Albanians lies in her plan to resolve the status of Kosovo in three phases, which she offered in the dialogue she led with the French.
Let us remind you, she then presented a plan whose realization would last for the next 20 years, and according to which there is no division of Kosovo. The plan included autonomy for northern Kosovo within self-proclaimed Kosovo. After a few years, the North would, according to the plan, receive a special status that would be more than autonomy, and in the final, third phase, a referendum would be called in which citizens from the North would decide whether they want to stay within the borders of so-called Kosovo or they want to live in Serbia. The plan was also rejected by Belgrade and Paris, but was then accepted by Pristina. 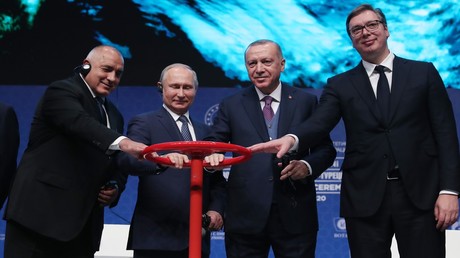 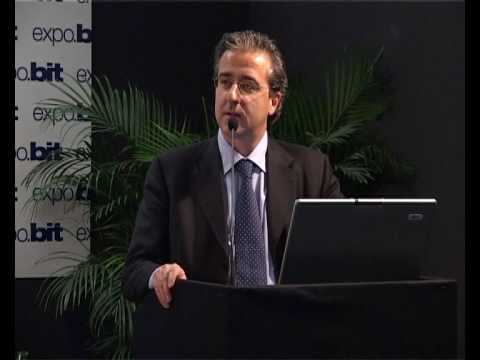 What is a Laundromat? 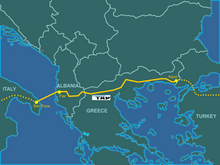 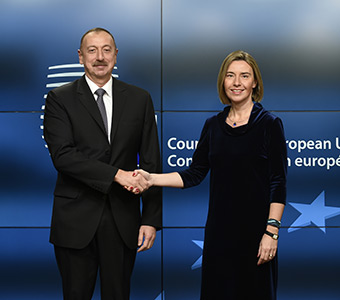 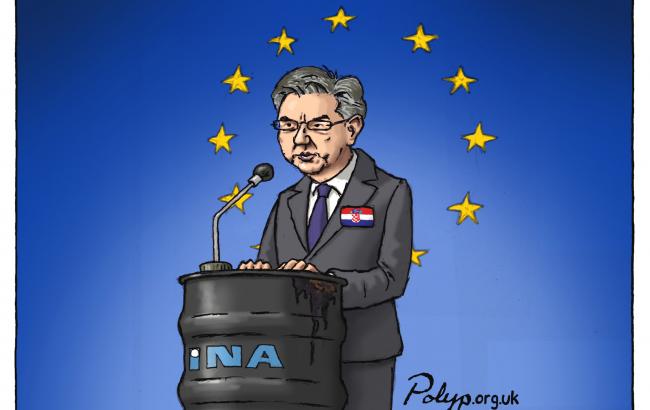 The Russian Embassy has directly reached out and asked the Macedonian Government junta to assist them with coronavirus vaccines by offering them free batch of the Sputnik V vaccines which will make them available right away.

That’s right! The Northistan Republic refused free Sputnik V vaccines available immediately by Moscow, and agreed to purchase the same Russian vaccines from the EU, available at a much later date.

Albanian singer Shpat Kasapi has recently been appointed adviser to Deputy Prime Minister Artan Grubi. Shpat will advise Artan on culture and society. He is 35 years old and is popular singer in Albania.

However, a month ago, Kasapi was caught with two drug packages in Gjorce Petrov. His drugs were seized and he was detained.

There is pattern of DUI & SDSM bringing in dozens of Albanians from Kosovo and Albania who are given Macedonian documents with attractive Government positions despite being unqualified for the roles.

Kosovo PM Avdullah Hoti and acting president Vjosa Osmani have sacked the chief of the KIA intelligence agency, after a KIA operative allegedly raided the President's office safe to stop documents falling into the hands of the EU rule-of-law mission. 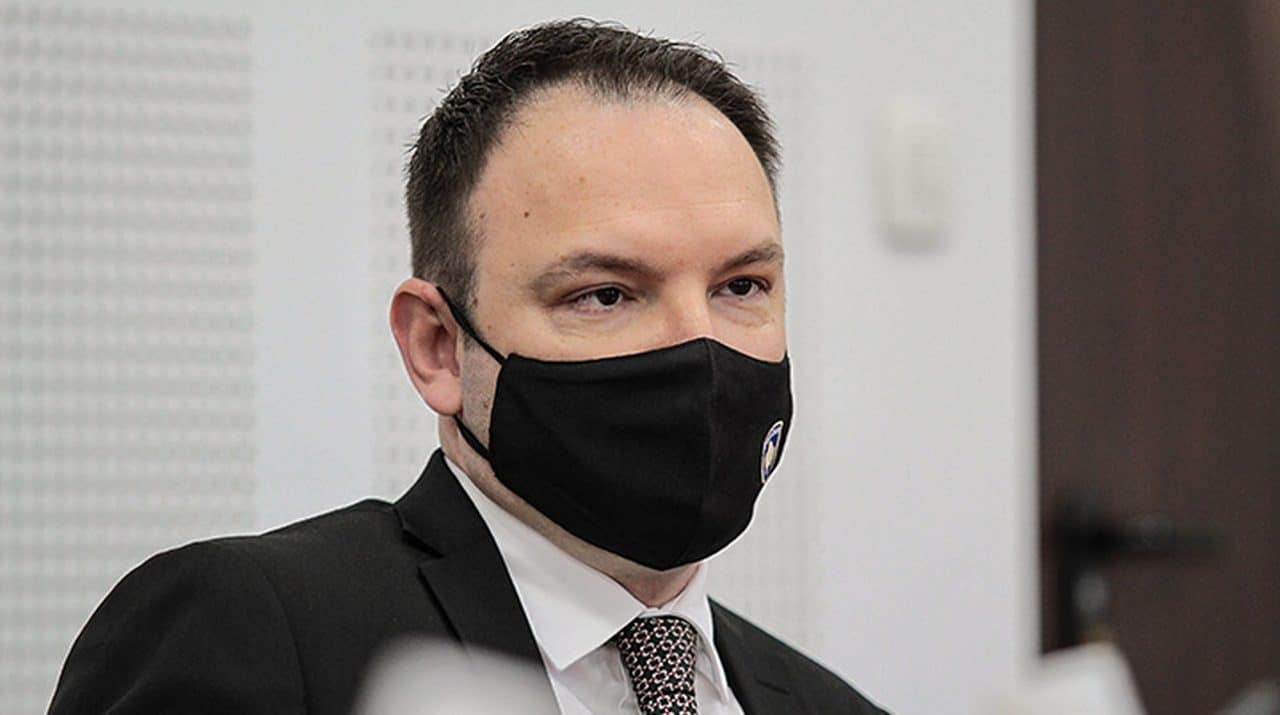 Gashi was dismissed as KIA chief after an incident in which a KIA inspector was allegedly found at the President’s office on November 6, trying to obtain confidential information from the safe, together with former intelligence chief Driton Gashi, who was the secretary of the recently resigned president, Hashim Thaci; he stepped down recently to deal with war crime charges in the Hague concerning the Kosovo independence war.

“There was coordination and full agreement between acting President Vjosa Osmani, and Prime Minister Hoti on relieving the KIA director of his duties,” a media advisor to President Osmani, Bekim Kupina, told BIRN.

On the first day of her three-day official visit to Albania on Thursday, Osmani, also speaker of the Kosovo Assembly, told the TV channel Euronews Albania that she knew the circumstances.

“I know the reasons [for the dismissal] but this is a sensitive process, so I don’t think it is right for me to speak in detail – it was a process that was discussed and coordinated earlier,” she said.

Another Osmani adviser, Faton Peci, however, told Kosovo TV channel Klan Kosovo that on November 6, he found Driton Gashi in the President’s office trying to “open the safe” ahead of a suspected raid by EU officials.

Peci said Driton Gashi had warned that officers from the EU rule-of-law mission, EULEX, were about to raid the office.

“We moved to the office of the Speaker and canceled some meetings. While we were discussing in the office of the Assembly, the President informed me that I am responsible for what happens in the Presidency, so I went to see what the developments were … on the announced [EULEX] action,” Peci said.

He said he found an unidentified KIA inspector trying to open the President’s office safe, while Driton Gashi was on the phone. Peci said that Driton Gashi told him: “I do not want these documents to fall into the hands of EULEX.” According to Peci, the EULEX raid took place later that day.

Driton Gashi denied the whole story to Klan Kosova earlier on Thursday. “The idea that the safe was opened and there was abuse of authorisations is a lie,” he said.

Despite his own lack of direct involvement, Kreshnik Gashi, who succeeded Driton Gashi as KIA chief, was dismissed on Thursday.

Driton Gashi was dismissed in 2019 as chief of the KIA in 2019 over the highly controversially deportations of six Turkish nationals in March 2018. Gashi had been present at Pristina airport during the deportation.