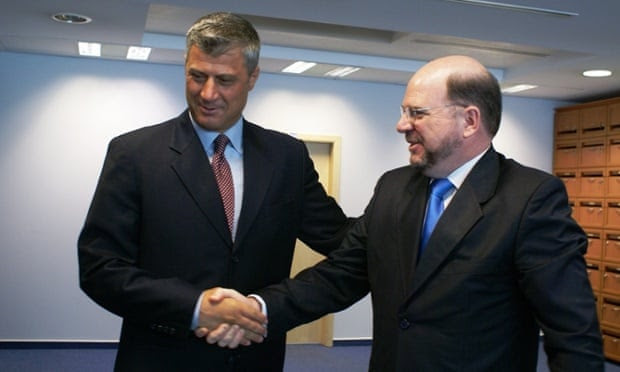 A special investigation into the diplomacy of doing business abroad.
One of Europe’s poorest countries wanted a road, so U.S. mega-contractor Bechtel sold it a $1.3 billion highway, with the backing of a powerful American ambassador. Funny thing is, the highway is barely being used—and the ambassador is now working for Bechtel.
Story by Matthew Brunwasser Photographs by Matthew Lutton
It isn’t every day that a U.S. ambassador inspires a character in a comic strip. But that’s exactly what Christopher Dell, a former ambassador to Kosovo, did in 2011 — and his likeness wasn’t flattering. Dell was satirized as the “Chief Pimp” in “The Pimpsons,” a Simpsons-like strip created by local artist Fisnik Ismaili that depicted the local political elite commandeering Kosovo’s democracy and selling the country off to the highest bidder. Published on Facebook, the comic portrayed Dell as a monarch, and in one edition, he was shown taking cash from Bechtel, an American construction and engineering corporation, in exchange for helping the business win a $1 billion road contract seen by many as a very bad deal for Kosovo taxpayers.
That contract was real: The 48-mile, four-lane Kosovo Highway, as it is known, was completed in November 2013 for roughly $1.3 billion — or about $25 million per mile — according to official government figures given to an international organization in Pristina, Kosovo’s capital. It was the most expensive public works project in Kosovo’s modern history, and it is arguably one of the highest-quality roads in the Balkans................................... 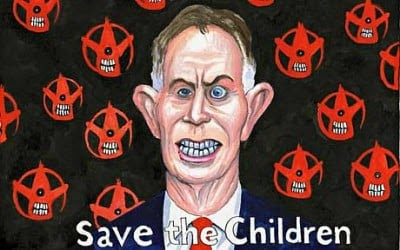 
US ambassador to Kosovo hired by construction firm he lobbied for

Former board members and staff of the state agency established to support the civil society sector funded their own NGOs, or those headed by relatives, an investigation can reveal.
Erjona Rusi, Besar Likmeta
BIRN
Tirana An investigation by Balkan Insight can reveal that four former board members of the Albanian Agency for the Support of Civil Society, AMSHC, awarded grants to five organizations to which they were linked directly or through relatives at the time they were in place. The five organizations, which received 19.9 million lek (€141,000) in grants from the agency from 2010 to 2013, are the Albanian Youth Council, Transparency International Albania, the Akses Center, UET Center and the Foundation for Economic Freedom.

http://vis.occrp.org/Metro/view/3e370489a661b22c61b095db6439737a Another organization linked to an AMSCH staffer, JEF Albania, also received money from the agency. Although the sums distributed by AMSHC are significant, many established civil society organizations perceive it as corrupt and shun its calls for proposals, fearing grants will only tarnish their reputations. Some of the NGOs funded by AMSHC are practically invisible. They lackwebsites and little is known of the projects that they implemented. “The winning organizations in past calls were all organizations with direct or indirect connections to people inside the agency, who determined the winners,” said Gledis Gjipali, head of the European Movement in Albania, a Tirana based think tank. “This is an open conflict of interest, which has prompted me not to apply to them,” he added. Article 6 of the law approved by the Council of Ministers in March 2009 for the organization of AMSHC stipulates that the Agency should “guarantee impartiality during decision-making process and prevent conflicts of interest”. The same principles are deemed mandatory in the financing procedures for grants in the official regulations of AMSHC, published on its website. AMSHC director Rudi Bobrati has admitted that organizations headed by board members benefited in the past from grants issued by the agency. But Bobrati told Balkan Insight that, by law, their presence on the board did not disqualify them from applying for grants. He maintained that although there were cases of friends and relatives of board members applying for, and receiving grants, their relationship to the board did not influence the selection process. “The law for the creation and the functioning of the agency does not forbid board members from applying for state funds with their own organizations,” Bobrati said. “When this happens, they leave the room and do not participate in the voting process,” he added. In January, all board members that obtained funding for their own organizations were replaced. A new director for the agency is to be nominated. The new board members that have been nominated already come from the media and from NGOs that are perceived to be close to the ruling Socialist Party, which took power last September after June parliamentary elections. During the election campaign, the Socialists promised to reform the agency, which they claimed had been used by the previous centre-right government to reward civil society organizations that support their policies. Some civil society actors now complain that nomination of the new board has also been far from transparent, and the selection process was again politically orchestrated. Conflict of interests: According to USAID’s 2012 civil society sustainability index, Albanian NGOs remain financially weak, while the legal environment in which more than 1,600 organizations operate is ambiguous. Established in December 2009, AMSHC was meant to boost funding for local NGOs at a time when many international donors were pulling out of Albania and the region. Since issuing its first call for grants in March 2010, the agency has disbursed more than €2.1 million. AMSHC’s supervisory board, which selects winning applications, is composed of nine members. Five are drawn from civil society and four come from government institutions. Since the old board was replaced in January 2014, its composition has followed the same model, with five members coming from civil society and four from government institutions. Board members whose organizations received AMSHC grants between 2010 and 2013 include Lutfi Dervishi, director of Transparency International Albania, TIA, and Henri Cili, founder of the UET Center and the Foundation for Economic Freedom. Dervishi told Balkan Insight that possible conflicts of interests had made him think twice before joining the board. At the same time, he also argued that Albanian law did not forbid his organization from applying for cash. Dervishi denied having influenced the decision process, underling that TIA received only one grant from AMSHC, and adding that he had disqualified himself from the vote when the application was being reviewed. “We are never present at the voting process when one of our organizations was applying for a project,” Dervishi said. “TIA won only one project, with a minimal amount of money, and plenty of organizations won much more,” he added. AMSHC records show that TIA received two grants from the agency for a total of 3.79 million lek (€27,000). Cili, publisher of the daily newspaper MAPO and owner of the European University of Tirana, with whom both his NGOs are associated, declined to comment about the allegations. The Foundation for Economic Freedom and the UET Center received 4.2 million lek (€30,000) in total from AMSHC………… http://www.balkaninsight.com/en/article/albanian-agency-turns-ngo-funding-into-family-affair 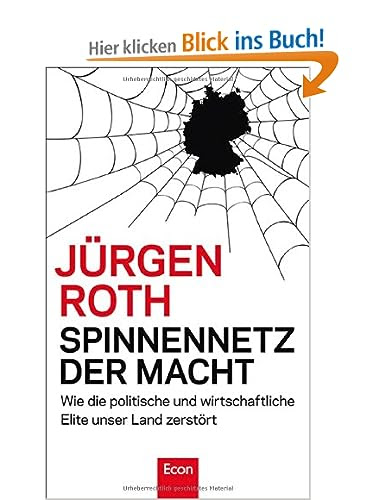 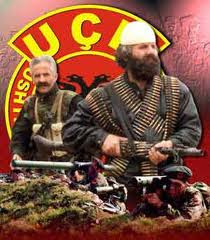 The U.S. and German-installed leadership of Kosovo finds itself under siege after the Council of Europe voted Tuesday to endorse a report charging senior members of the Kosovo Liberation Army (KLA) of controlling a brisk trade in human organs, sex slaves and narcotics.
Coming on the heels of a retrial later this year of KLA commander and former Prime Minister, Ramush Haradinaj, by the International Criminal Tribunal for the Former Yugoslavia (ICTY) in The Hague, an enormous can of worms is about to burst open.
Last month, Antifascist Calling reported that Hashim Thaçi, the current Prime Minister of the breakaway Serb province, and other members of the self-styled Drenica Group, were accused by Council of Europe investigators of running a virtual mafia state.
According to Swiss parliamentarian Dick Marty, the Council’s Special Rapporteur for Human Rights, Thaçi,

Dr. Shaip Muja, and other leading members of the government directed–and profited from–an international criminal enterprise whose tentacles spread across Europe into Israel, Turkey and South Africa.
For his part, Thaçi has repudiated the allegations and has threatened to sue Marty for libel. Sali Berisha, Albania’s current Prime Minister and Thaçi’s close ally, dismissed the investigation as a “completely racist and defamatory report,” according to The New York Times.
That’s rather rich coming from a politician who held office during the systematic looting of Albania’s impoverished people during the “economic liberalization” of the 1990s.
At the time, Berisha’s Democratic Party government urged Albanians to invest in dodgy pyramid funds, massive Ponzi schemes that were little more than fronts for drug money laundering and arms trafficking.
More than a decade ago, Global Research analyst Michel Chossudovsky documented how the largest fund, “VEFA Holdings had been set up by the Guegue ‘families’ of Northern Albania with the support of Western banking interests,” even though the fund “was under investigation in Italy in 1997 for its ties to the Mafia which allegedly used VEFA to launder large amounts of dirty money.”
By 1997, two-thirds of the Albanian population who believed fairy tales of capitalist prosperity spun by their kleptocratic leaders and the IMF, lost some $1.2 billion to the well-connected fraudsters. When the full extent of the crisis reached critical mass, it sparked an armed revolt that was only suppressed after the UN Security Council deployed some 7,000 NATO troops that occupied the country; more than 2,000 people were killed.
Today the Berisha regime, like their junior partners in Pristina, face a new legitimacy crisis.
As the World Socialist Web Site reported, mass protests broke out in Tirana last week, with more than 20,000 demonstrators taking to the streets, after a nationally broadcast report showed a Deputy Prime Minister from Berisha’s party “in secretly taped talks, openly negotiating the level of bribes to back the construction of a new hydroelectric power station.”
As is the wont of gangster states everywhere, “police responded with extreme violence against the demonstrators; three people died and dozens were injured.”
While the charges against Thaçi and his confederates are shocking, evidence that these horrific crimes have been known for years, and suppressed, both by the United Nations Interim Administration in Kosovo (UNMIK) and by top American and German officials–the political mandarins pulling Balkan strings–lend weight to suspicions that a protective wall was built around their protégés; facts borne out by subsequent NATO investigations, also suppressed.
Leaked Military Intelligence Reports
On Monday, a series of NATO reports were leaked to The Guardian. Military intelligence officials, according to investigative journalist Paul Lewis, identified Kosovo Prime Minister Hashim Thaçi as one of the “‘biggest fish’ in organised crime in his country.”
Marked “Secret” by NATO spooks, Lewis disclosed that the 2004 reports also “indicate that the US and other western powers backing Kosovo’s government have had extensive knowledge of its criminal connections for several years.”
According to The Guardian, the files, tagged “‘USA KFOR’ … provide detailed information about organised criminal networks in Kosovo based on reports by western intelligence agencies and informants,” and also “identify another senior ruling politician in Kosovo as having links to the Albanian mafia, stating that he exerts considerable control over Thaçi, a former guerrilla leader.”
As noted above, with the Council of Europe demanding a formal investigation into charges that Thaçi’s criminal enterprise presided over a grisly traffic in human organs and exerted “violent control” over the heroin trade, it appears that the American and German-backed narco statelet is in for a very rough ride.
In the NATO reports, The Guardian revealed that Thaçi “is identified as one of a triumvirate of ‘biggest fish’ in organised criminal circles.”....

The structures of the Spanish Civil Guard have crashed a helicopter pilot, part of Albania's armed forces transported drugs on line Maroco - Spain area.. The news was confirmed in Parliament by Prime Minister Rama, who said in his speech to the Albanian Parliament.

: "I took the floor for a few minutes, foreign ministry was informed about a teribel events happened in Spain where structures of Spanish Civil Guard have crashed a helicopter pilot which transport  drags, member of  the armed forces of Albania, 18 years, one of the pilots believed the FAA. 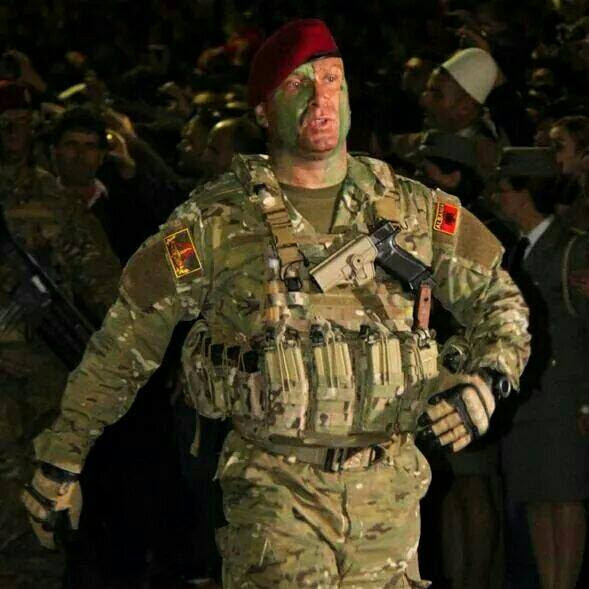