Air of Secrecy Hangs Over Election of Albanian President

Albania's parliament is due to elect a new President on Saturday from the ranks of the ruling Socialist Party, which has not disclosed any candidates just one day before the vote takes place. 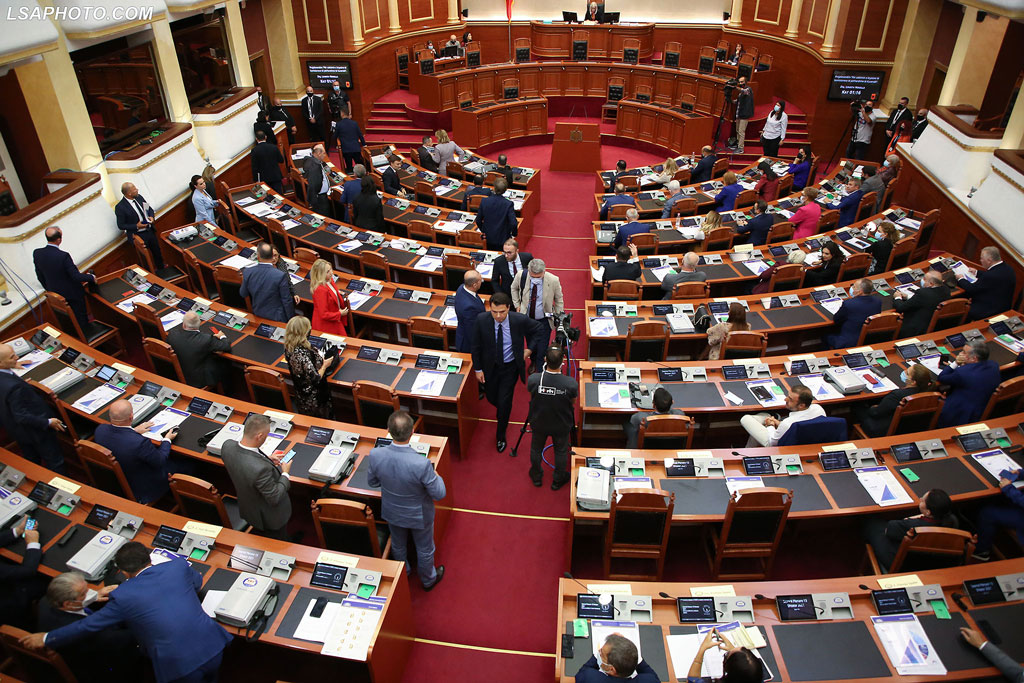 Albania’s parliament is set to vote for a new president on Saturday, but no candidates’ names are known or even rumoured, less than 24 hours ahead of the vote.

The main opposition Democratic Party has announced a boycott of the session but the votes of opposition MPs would not matter anyway; in the fourth round of the election, a simple majority of votes in the 140-seat parliament is enough. This can be provided by PM Edi Rama’s Socialists.

Compared with the last presidential election, when outgoing incumbent Ilir Meta was voted in, no names have been leaked even to pro-government media, with analysts criticizing Rama for keeping the candidate-picking process to himself and his inner circle.

The Socialists have only declared that they will only present one candidature on Saturday, without making any suggestion who this might be.

It “will be completely opposite to what [the process with] Ilir Meta was”, the head of the Socialist group in parliament, Taulant Balla, told a TV show on Thursday.

Meta and Rama have a history of bad relations, which culminated last year when Rama’s Socialists launched a procedure to oust Meta in parliament.

In February, Meta won the battle to complete his mandate in office after winning a Constitutional Court case.

It is expected that the new president will be more loyal to Rama than he was, as he or she will be proposed and voted in by Rama’s party.

After an agreement between the Socialists and Democratic Party failed, the decision to elect a new president is totally in the hands of Socialists, who have the needed numbers of the votes.

According to the constitution, a new president is proposed and elected over five rounds. The first three need the support of 84 out of 140 MPs. The last two need only more than half of the MPs.

Rama’s Socialists have 74 MPs, elected in the last general elections of April 21 2021.

On Friday, the Democratic Party warned that that it will not participate in the election for a new head of state, with the head of the parliamentary group, Enkelejd Alibeaj, saying that, “the new president will be an extension of Rama”, meaning the Prime Minister.

“This is a defective process. Our position is logical and coherent; we have done all our services to the constitution, and … and it does not make sense for the DP to participate in the voting process,” Alibeaj said.

Both parties accuse each other of not respecting the agreement that they reached before the election process started.

Based on that agreement, in the first three rounds only the Democrats would have the right to propose names of a new president.

The Democrats withdrew from the process, accusing the Socialists of breaching the agreement to elect a “consensus” president, who would be above the parties.

Albania is a parliamentary republic, and the head of the Council of Ministers, the Prime Minister, has the main role in administering affairs.

The President approves laws passed in parliament within 20 days, and has the right to return a law for reconsideration to parliament, but only once. The President’s decree seeking the review of a law loses its power when a majority of all members of the Assembly votes against it.

According to the constitution, the President represents the unity of the people. Only an Albanian citizen from birth, resident not less than the last 10 years in Albania, who has reached the age of 40, can be elected.

Political journalist Lutfi Dervishi told BIRN that after the latest constitutional changes were made in 2008, the president can be chosen by the party with most members in parliament.

“Since 1991, seven presidents were elected by a majority in parliament, except in 2002, the (Aleksander) Moisiu case, when the president was elected by consensus between the parties”, he added.

Current President Meta was elected in 2017, after his Socialist Movement for Integration, SMI, had governed for four years with Rama’s Socialists following elections in 2013.

The Socialists tried twice to oust him from office. The first attempt came after Meta refused to decree local election results in 2019, after the Democrats and his own former party, the SMI, refused to participate in them. In 2020, after consulting with the Venice Commission, the Socialists withdrew their attempt to oust him.

The second attempt came after the general elections in April 2021, when the Socialists accused Meta of interfering in the elections. However, the Constitutional Court ruled later that he didn’t violate the constitution as was alleged.