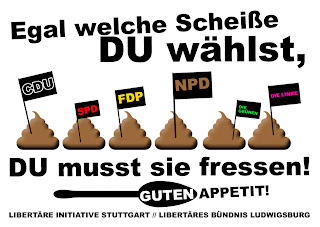 Bucharest officials have denied media reports that US nuclear weapons stationed in Turkey are being transferred to Romania after the coup attempt against the Ankara government.
Marian Chiriac
BIRN
Bucharest
The Romanian foreign ministry, MAE on Thursday dismissed claims that the US has started transferring nuclear weapons from Turkey to Romania amid tensions in relations between Washington and Ankara.

“The MAE firmly rejects these pieces of information,” the ministry said in a press release, without elaborating.

Defence Minister Mihnea Motoc said that such media reports were just speculation and “so far there have not been any plans or discussions [among NATO members] on this topic”.

The statements came after website Euractiv reported on Thursday morning that more than 20 B61 nuclear weapons were being moved from Turkey’s Incirlik air base to the Deveselu base in Romania.

According to one of the two anonymous sources quoted by Euractiv, “US-Turkey relations had deteriorated so much following the [recent attempted] coup that Washington no longer trusted Ankara to host the weapons”.
US and Turkish officials made no immediate response to Euractiv’s request for a comment.
NATO said however that US allies must ensure that “all components of NATO’s nuclear deterrent remain safe, secure, and effective”.
In Romania, analysts said they doubted whether the transfer would happen.
“Such a transfer is very challenging in technical and political terms. I doubt the Alliance would run against its political commitments to cooperation with Moscow, based on the Founding Act of mutual relations and security between NATO and Russia,” said political analist Andrei Tarnea.
The Founding Act, signed in 1997, says NATO allies “have no intention, no plan and no reason to deploy nuclear weapons on the territory of new members [such as Romania], nor any need to change any aspect of NATO's nuclear posture or nuclear policy - and do not foresee any future need to do so”.
Jeffrey Lewis, director of non-proliferation studies at the Middlebury Institute of International Studies in Monterey, said in a Twitter post that Romania does not have the capacity to store the weapons.
“For one thing, there are no WS3 vaults at Deveselu - or anywhere in Romania - to store the B61s,” Lewis said.
In December 2015, the US Navy formally inaugurated its new missile defence base in Deveselu in southern Romania. The base became operational in mid-May this year.
It is one of two European land-based interceptor sites for a NATO missile shield, a scheme which is viewed with deep suspicion by Russia.
Russia has warned Romania to abandon the anti-missile system that the US is installing at Deveselu.
Relations between Bucharest and Moscow are already rocky. Romania has been among the strongest regional backers of the package of Western sanctions imposed on Russia in connection with the crisis in Crimea and eastern Ukraine.
Romania also hosts another major US military base, at Mihail Kogalniceanu airport, near the Black Sea, which became operational in 2007.
http://www.balkaninsight.com/en/article/romania-denies-nuclear-weapons-transfer-on-its-soil-08-18-2016
Eingestellt von navy um 14:01