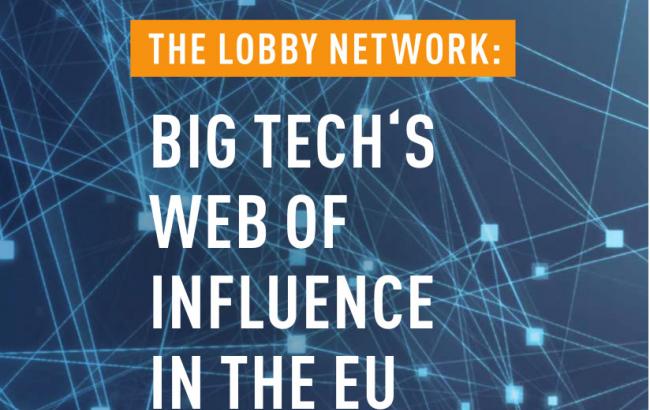 The lobby network: Big Tech's web of influence in the EU

As Big Tech’s market power has grown, so has its political clout.
Just as the EU tries to rein in the most problematic aspects of Big Tech – from disinformation, targeted advertising to excessive market power – the digital giants are lobbying hard to shape new regulations.

We found a wide yet deeply imbalanced ‘universe’:

Big Tech’s huge lobbying budgets have a significant impact on EU policy-makers, who find digital lobbyists knocking on their door on a regular basis. The lobbying surrounding proposals for a Digital Services pack, the EU’s attempt at reining in Big Tech, provides the perfect example of how the firms’ immense budget provides them with privileged access: Commission high-level officials held 271 meetings, 75 percent of them with industry lobbyists. Google and Facebook led the pack.

In spite of publicly supporting these proposals, meeting minutes, leaked lobbying strategies and position papers show Big Tech are still lobbying against them, trying their best to water down any hard rules. This lobby battle has now moved to the European Parliament and Council and, in spite of the lack of transparency, we start seeing Big Tech’s lobbying footprint in the EU capitals like Tallinn, Estonia.    https://corporateeurope.org/en/2021/08/lobby-network-big-techs-web-influence-eu