Yasin A. Kadi: A Ban from Entering Country
As of 2001, Yasin A. Kadi was amongst the list of 39 people, which has been presented to the Turkish Ministry of Foreign Affairs by the US, and these people have been claimed as having connection with terrorist organizations.
In line with the UN Security Council Resolution to freeze the assets of individuals and organizations financing terrorist organizations and terrorism, Council of Ministers decided to freeze A. Kadi’s assets on 22nd of December, 2001.
Upon the request of A.Kadi, the 10th Court of the State Council overturned the decision relying on the Council of Ministers’ decision stating that the assets cannot be frozen without a court order. Then the State Council’s Board of Administrative Courts overturned the decision of the 10th Court, relying on the fact that the UN Security Council Resolution is just and the State is obliged to execute the UN Resolutions.
As of 24 July, 2003, Kadi was listed among the foreigners, who have been imposed on a ban from entering the country on the bases of general security.
On the 5th of October, 2003, Kadi’s name has been taken out the UN’s list of Al Qaeda connected individuals. Accordingly, with the Decision of Council of Ministers, dated as 11 October 2012, ban of Kadi’s entry to Turkey was lifted.
It is obvious that while there was a ban of Kadi’s entry to Turkey, he, in fact, entered Turkey for 5 times. These illegal entry procedures have been directly preceded by the directives from Prime Minister himself. http://cryptome.org/2013/07/yasin-kadi-ban.htm
Tags: Recep Tayyip Erdogan 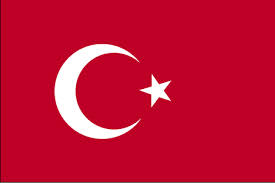 GEOPOLITICS - The unravelling of neo-Ottomanism ------------------------------ By *Hellas Frappe*on 28.7.13 ------------------------------ hellenicantidote. - Turkey’s Islamist rulers’ nationalist ambitions for a revivified neo-Ottoman empire, which was cast by its leading ideologue current foreign minister Ahmet Davoutoglu as ‘zero-problems with Turkey’s neighbours’, has unravelled more quickly than anybody could have imagined. Indeed, it seemed only last year with the outbreak of the ‘Arab Spring’ that a number of a nationalist and Baathist regimes – in Egypt, Libya, Syria, Tunisi... mehr »
Taliban und Terroristen Partner Recep Tayyip Erdogan, ist verärgert:”Freie Fahrt für Terroristen, wie Yasin Kadi”
Eingestellt von navy um 10:57