Kosovo’s Parliamentary Election: A Box of Chocolates for the Fledgling Nation
Stavri Marko, SManalysis – 7 hours ago 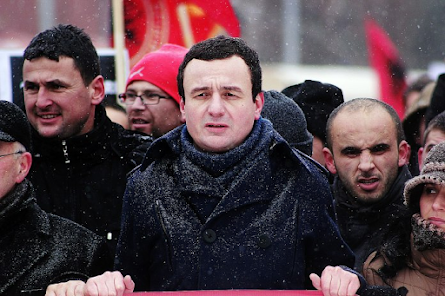 SManalysis By Chinyere Obasi Harvard Politics February 18, 2021 Share The feast of St. Valentine is traditionally seen as a day to celebrate the passion of romantic love. Yet after a high court ruled that the Kosovar government was illegitimately elected, it was the passion of the ballot box that manifested during a snap election on Feb. 14. In a campaign season that occurred amidst widespread allegations of corruption, the resignation of the previous president under accusations of war crimes, and extreme unemployment exacerbated by the pandemic, preliminary reports suggest that ...
Who will stopp, the Kosovo, Albanian crime?
Investigation

‘Undisputed Capo’: The Albanian Behind a Cocaine Pipeline to Europe

From a prison cell in Ecuador, Dritan Rexhepi coordinated a sophisticated ‘transnational crime federation’ of Albanian drug traffickers, controlling the flow of cocaine from South America to Europe, from departure to distribution.

Describing Kompania Bello as “a union of criminal operators,” an Albanian prosecutor involved in the Los Blancos operation told BIRN:

“It certainly poses a threat to public order and security in Albania as we’re dealing with a union of operators with huge criminal and economic potential.”

Going by the name Gramoz, Rexhepi’s criminal career dates to the 1990s, a period of huge turbulence in Albania when he is suspected of working as a contract killer. In 2013, he was sentenced in absentia by a Tirana court to 25 years in prison for the 1998 murders of two people, one of them a police officer.

Rexhepi has also been convicted of cocaine trafficking in Italy and armed robbery in Belgium.

Besides an extensive rap sheet, Rexhepi has also built up a ‘legendary’ reputation in the criminal underworld for the fact he boasts more prison escapes than the infamous Mexican drug lord Joaquin Guzman Loera, better known as El Chapo.