Twitter
A Greek court sent four leaders of an international migrant smuggling ring to jail for 1,400 years after police found and rescued 112 migrants from a cave and farm buildings in southern Crete a year ago, the UK National Crime Agency announced on Wednesday. 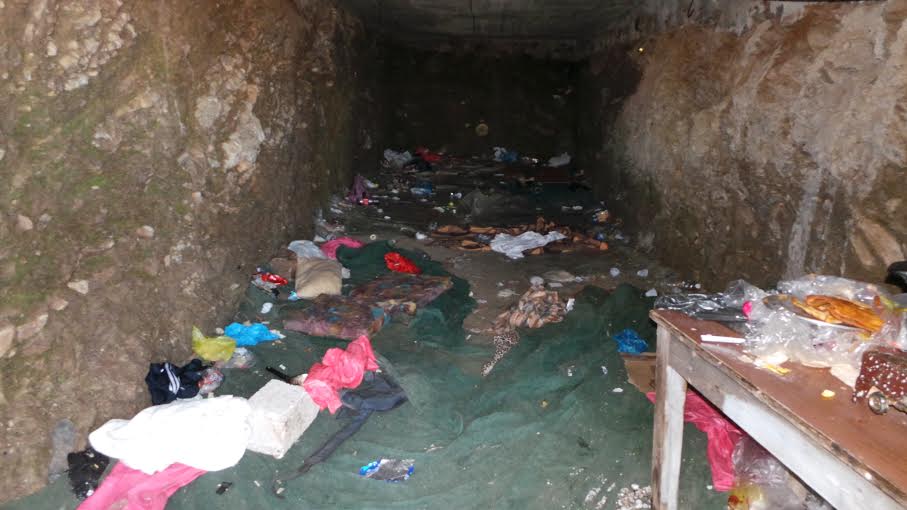 Cave in Crete where migrants were found (Source: Greek police)In March 2017, the Hellenic Police, Hellenic Coast guard, and UK National Crime Agency conducted raids that led them to the discovery of the migrants. Further investigation led the NCA to believe that the suspects were part of a transnational organized crime group.
Migrants were charged between 2,000 and 4,000 euros (US$2,364 to 4,728) per person for transportation from Athens to Crete and then to Italy, The Agency said.
“The utter disregard for human life shown by those groups was clearly demonstrated in this case, with migrants forced to live in squalor and then attempt an incredibly dangerous journey by sea,” NCA’s Christ Hogben, head of the taskforce, said.
“The very substantial sentences handed down by the Greek Court should send a very clear message to those tempted to profit from this sort of criminality,” he said.
Two Afghan men and a Syrian man were sentenced to 360 years each, while an Iraqi man was given 357 years. They were all fined over 1 million euros.
National Crime Agency’s 2018 National Strategic Assessment of Serious and Organized Crime report said that overall maritime people smuggling to the EU in the Mediterranean region slightly decreased in 2017, primarily because of the closure of the Balkan route to northern Europe and the EU-Turkey deal in March 2016.
However, there are still large numbers migrating out of Greece and without access by land,  increasing amounts are smuggling themselves onto ferries to get to Italy -- a far more dangerous journey than walking. The UN Refugee Agency reported that traveling to Italy across the Mediterranean recorded more deaths in 2016 than ever before.
Travel by 90% of migrants to the EU is predominantly facilitated by a criminal network like the one sentenced this week, according to a 2016 joint Europol-Interpol report on migrant smuggling networks. This leaves migrants more vulnerable as they have to pay large sums to the smugglers.
While authorities have been successful in breaking down criminal networks, they lack an accurate idea of the effectiveness of their efforts. “The evaluation findings primarily show a serious lack of reliable and comparable data on migrant smuggling offences and criminal justice responses at national and European level,” A 2017 evaluation by the European Commission stated. “This limited the capacity to draw conclusive remarks, in particular on the effectiveness and efficiency criteria.”
However, the restricted options for legal migration to the EU undoubtedly keeps demand for smuggling networks high, no matter the risk.
Twitter
migrant smuggling greec
Eingestellt von navy um 07:01