"Status? Not without 12 key recommendations"

The Foreign Committee of the European Parliament voted in Brussels the reports for Bosnia, Turkey, Montenegro and Serbia.

To these resolutions will be attached the reports of Kosovo and Macedonia, while for Albania there are two years that there is no resolution.

“Today we discussed the progress for Serbia, Bosnia and Montenegro, but unfortunately, Albania is not there. Why not? I think that the rapporteur and I share the same views, that Albania has no progress with the key criteria. The rapporteur says that there is no much to say, because Albania keeps having disputes, the government and the opposition fighting for power, and as result, there is no progress”, declared Libor Roucek, the former Rapporteur for Albania, S&D.

“It is true that we are involved in a very active way for the entire Western Balkan with one exception, which is Albania. The plenary session of March will vote the resolutions for Serbia, Bosnia, Montenegro and Kosovo. Albania is not there and its absence is very visible. This means that the EU clearly sees that there is a country that is missing in these great activities. Without much philosophy, it could happen that when there is no news, it is good news, but it is not the case with Albania. I think that it is even more important for the political parties to be engaged in a constructive political dialogue for fulfilling the 12 criteria. What we are seeing more now are accusations about who will be the responsible for a bad report”, declared the head of the delegation for Balkan, Eduard Kukan.

The European Parliament resolutions have no legal value for the EU foreign policy, but they are planned with a more positive spirit than the rigid reports of the European Commission, in support of the countries that are aspiring for EU membership. Is the rapporteur to be blamed for the fact that there are no reports for Albania, or the lack of progress in the country?

"It is true that there is a connection between the country’s progress and the report. As I have said, if there is no concrete progress, the rapporteur is not very ready to prepare a report, which would not help the country. These things go together. It is absolutely clear that if we would be having floods of good news from Albania, then the lack of the report would be very grave. But seeing how the things are for the moment, with a report or not, the dialogue, the reforms and the fulfillment of the 12 criteria should continue. If they will make this possible, then there will be a reflection by the European Parliament”, declared Kukan.

“We have the 12 recommendations for which the EU expects progress, and if I am not wrong,  except only for one, the election of the Ombudsman, there has been no progress with the others. I hope and wish that the main political groups will be aware for the situation and at least for the cases related with the EU integration, so that they can come together and cooperate”, Roucek  declared. 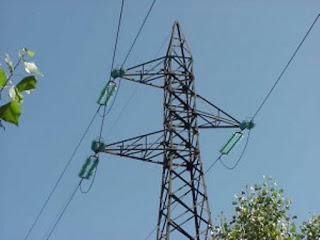 Residents of Drymades, begin night patrols due to the low security of their families

Within a year, this vital line for residents of Himara, was robbed four times, said sources from Drymades forSManalysis.

Residents expressed their disgust for the situation, which does not guarantee free movement and safety, since, it is understood that there comes to theft, but something more, lack of security, for the Himara Municipality.

And yet, sometimes it is warned that the road axis, Vlora, Saranda, the night becomes a nightmare, in which, people are very worried, because theft of housing, whenever made​​, out of function main electricity lines.

The issue becomes more serious when, according to sources, for stealing the line may have contributed to electrical specialists in collaboration with police corrupted, who know better the situation in the region, which leads to think that a great band, is organized even with arms.

The issue of security in the Himara Municipality, in an area that most calmmly in Albania, surely that will exceed the security institutions of the European Union and NATO, to financing large amounts, the police and the community to collaborate, but for moment, nothing indicates this.