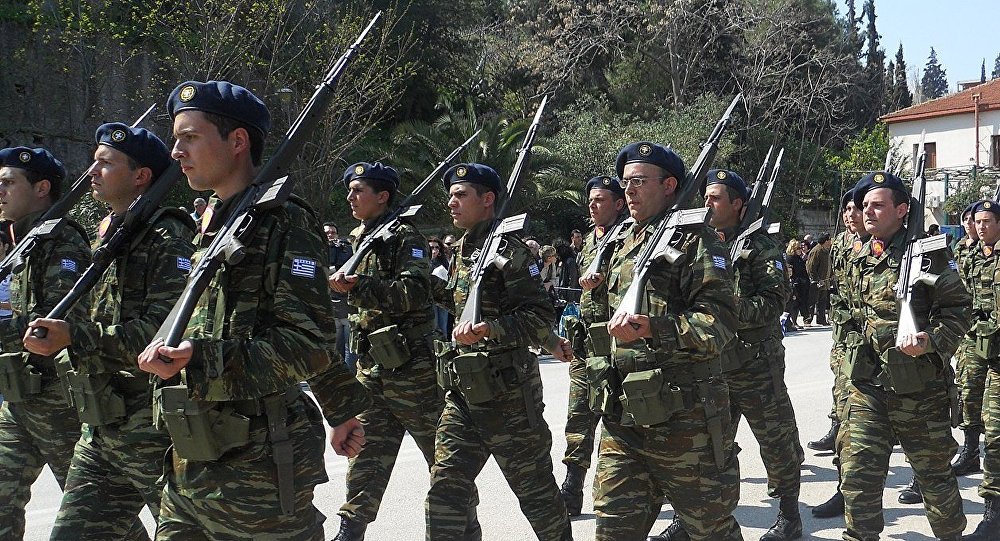 ATHENS (Sputnik) – Greek Foreign Minister Nikos Kotzias called on the European Union to implement significant reforms within the bloc, as well as to create EU own system of defense in order to solve emerging issues.

"The European Union must significantly change, adapt and demonstrate its strong features … The field of defense and security is determined by the EU-NATO-US relations. It [the European Union] must get an independent defense function or become a regional partner of [the United States and NATO]. Without the defense sphere, the European Union remains an economic colossus with feet of clay," Kotzias said at the meeting with senior officials from a number of EU and Balkan states.

The Greek minister pointed out that the European Union should strengthen its institutions, find a balance between the EU bodies and national states, as well as solve social problems.

"The European Union must develop as a mechanism, a system of institutions, a tool of modernization for all of us and itself, become a guiding light for implementation, promotion and dissemination of the rule of law, be a guardian of this principle in the international community," Kotzias said.


The statement by the Greek senior official comes a week after EU foreign policy chief Federica Mogherini said that the EU would prepare a detailed report on the recently proposed new instrument in the field of foreign policy and defense — the European Peace Facility.

In March, the Council of the European Union adopted a plan of action to implement a joint EU program called Permanent Structured Cooperation (PESCO), which foresees the possibility of a number of EU member states working more closely together in the area of security and defense in a binding and permanent framework. The program consists of 17 projects involving 25 countries.
Eingestellt von navy um 11:13