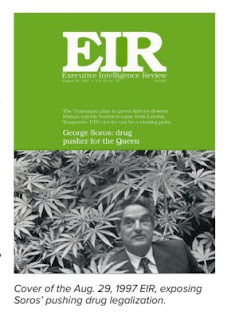 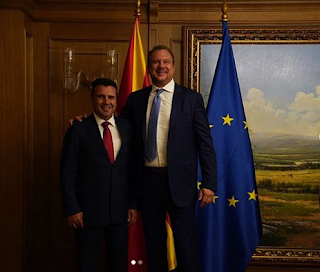 Legal marijuana mogul Mike Straumietis, also known by his Instagram nicknames Big Mike and the Marijuana Don, posted photos on Wednesday of his meetings with North Macedonia’s Prime Minister Zoran Zaev, Health Minister Venko Filipce and the mayor of Skopje’s Centar municipality, Sasa Bogdanovic.
“Just met with Prime Minister @zoranzaev of the Republic of #NorthMacedonia, and we got to talk a lot about #cannabis. Let me tell you, this country has huge potential, and I’m excited to be a part of turning Macedonia into one of Europe’s first Cannabis Superpowers,” Straumietis wrote on Instagram.
“Big things coming, so stay tuned,” he added.
The news of the visit caught Macedonian media by surprise as the government did not inform journalists about the visit or the talks.
In a short media release on Thursday, the government just said that its representatives, including the prime minister, have working meetings on economic matters on a daily basis, and that they have no obligation to inform the public about all of them.
“There is no professional standard or practice for informing the public about all of the working meetings [taking place] in the government,” it said.
The absence of information sparked much speculation about the nature of the visit.
Straumietis has become an instant celebrity on Instagram by showing off his supposed playboy lifestyle. Many of his posts include photos of him surrounded by scantily-clad women, private jets and marijuana plants, or a combination of all three.
Born in Portland, Oregon, Straumietis is the CEO of Advanced Nutrients, a Canada-based firm that is one of the biggest players in the cannabis arena, producing nutrients and supplements specifically for marijuana growers.
It is said that he made his millions thanks to the US’s increasingly relaxed laws around cannabis.
North Macedonia legalised the growth of marijuana for medicinal purposes in 2016 via amendments to the existing Law on Control of Opioid Drugs and Psychotropic Substances.
Despite existing initiatives, the country has however not loosened the law with it comes to private use of the drug.
Social Democratic Prime Minister Zaev, who came to power in mid-2017, is also a vocal supporter of the idea of expanding marijuana-growing in the country, and has urged entrepreneurs to get involved in this potentially lucrative business.
His cousin, Trajce Zaev is already one of the biggest investors in the business in the country, and more of Zaev’s relatives are mulling involvement.
https://balkaninsight.com/2019/08/29/us-marijuana-don-startles-north-macedonia-with-visit/
Eingestellt von navy um 22:49