What makes the PAC and individual contributions to campaigns more interesting is the demonstrated connection between the Kosovo Heroin Mafia, its “pizza connection” distribution (”inherited” from the Gambino crime family) and money-laundering networks, and the number of pizzaria owner-contributors listed in DioGuardi’s filings. The Croats and Albanians came up with big pots of laundered money, then spread it around selectively, with American politicians helping to persuade other members in Congress. from: Gambino Clan and BUYING AN INTERVENTION
DioGuardio's Cosa Nostra Mafia Lobby: AACL 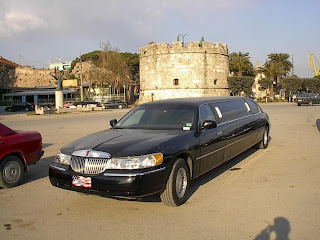 Piracy, TV. Alb steals the signal of News 24 in US
TIRANE-Piracy is a phenomenon, which continues to harm Albanian Televisions. Lately it is happening even in United States of America. Since one year, the Agency TV. Alb steals the signal from the NEWS 24 television and sells it to Albanians citizens who live in US, through cable network. In this case, Albanians in US are paying a stolen service to learn about the latest news from their motherland. (In photo: News 24 signal stolen).
Dort taucht die Limousine wieder bei Festen in Tetova der Albaner Nazis - Mafia, auf bei youtube. ab 1:25 hier natürlich die US “aracinovo” Terroristen   http://www.youtube.com/watch?v=Ct4eWcHWIG8

TV alb has signed an agreement four years ago with Television News 24 to make possible this service. However, none of the terms of the contract is not implemented by TV.Alb.
The representatives of this ‘ghost’ company evaded every official and non-official contact with News 24. In these circumstances, News 24 is obliged to sue this case in order to end the piracy.
News 24 guarantees Albanians who are living in US, that they will watch the signal of this television through a more qualify service, not based in piracy. Beside that, News 24 warns the owners of TV. Alb that if they do not stops this piracy, Albanian company will continue to denounce that act, through a public campaign in its entire media, part of which is News 24.