Security News on the Balkan Region

set to open in 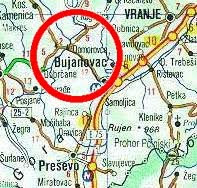 BELGRADE -- The Serbian Army (VS) Base Jug (South), located near Bujanovac, will officially open today.

The base, known also as Cepotina, was announced as the largest and the most modern of its kind in the region.

The base is located some 5 km south of Bujanovac in southern Serbia, near the Ground Safety Zone (GSZ) and the administrative line with Kosovo and Metohija.

Its location is some 90 km from Bulgarian border and 30 km from Macedonia.

The base covers 35 hectares of land, with more than 30 facilities built so far, able to accommodate almost 1,000 people.

According to the announcements of the Serbian Defense Ministry, the base could be expanded to another 65 hectares, in order to become a center for peace operations training.
Eingestellt von navy um 11:13